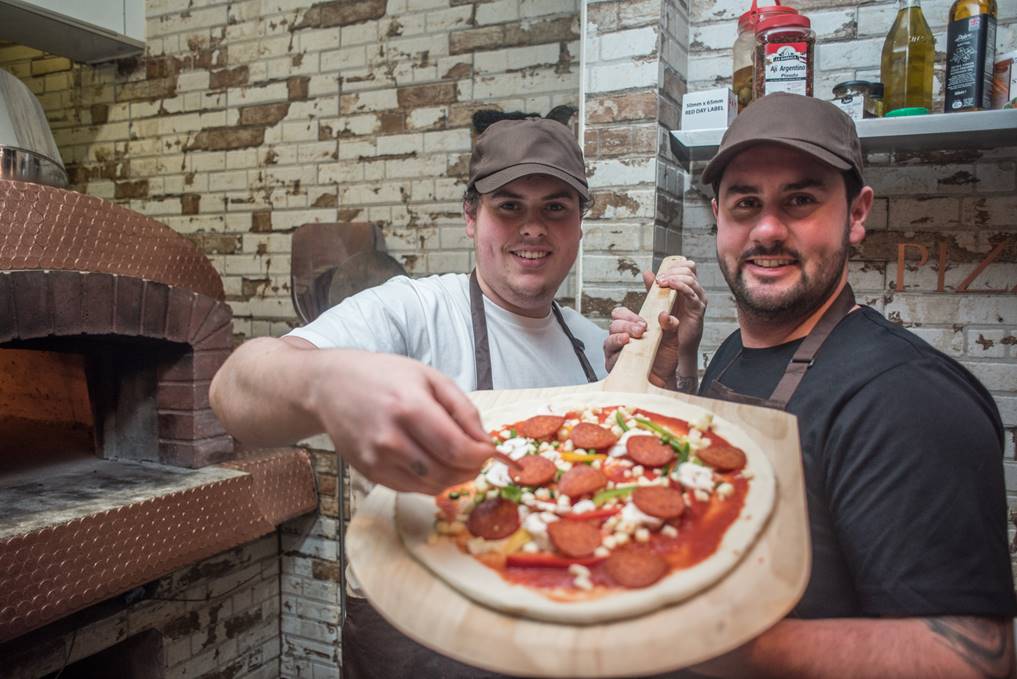 Two brothers set Padiham alight with their new Italian deli-pizza takeaway Serrano’s. Dexter Hunt, 25, and Jacob John, 20, set up their business on Church Street and are using an authentic wood-fired oven to give their pizzas a unique taste.

They have also designed their takeaway in a Mediterranean style – using an open kitchen as well as imported wood from Spain, some hundreds of years old, on their benches and counters.

Dexter lived in Spain with family for seven years and ran his own Italian restaurant there and Jacob worked at Northcote Manor for 3 years.

Jacob and Dexter both live in Padiham and believe it’s an up and coming place that’s why they decided to go into business. Dexter deals with more the business side of it while Jacob is the chef.

The idea is that it’s a wood oven with an open kitchen and you see everything from the pizza being made, being put in the oven, cooked, taken out, boxed and ready to go.

Jacob and Dexter have put it all together ourselves, imported wood from Spain for the decor, with some of it from churches hundreds of years old. They want to give Serrano’s an extra special feel.